Just two hours south of Sydney, the Illawarra region is arguably the most picturesque coastal and wilderness area in Australia. The best way to discover the ecological and geological wonder of the Illawarra is on foot. A 3-day Illawarra walk offers you the unique opportunity to enjoy the incredible landscapes and beaches, and create memories to last a lifetime as you cross the Illawarra’s stunning mountains and coast line.

You will be spoiled in guest houses and B&B’s in the picturesque coastal towns, and have opportunity to dine at the local Illawarra restaurants. Your main luggage will be transported by us each day to the next accommodation so you only need to carry a day pack to enjoy your walking. This is a guided walking tour or you can elect to walk on your own. Your field guides are local geologist and environmentalist who are intimately familiar with the area’s history, environmental and geological aspects and they are passionate to share the local stories with you along the track.

Starts at Bundeena any time after 10.00 am. Transfers from Bundeena train station to the walk start point or Sydney airport (additional cost). Depart on Beachcomber Rd service to the Bundeena Lookout, which provides a great view off the escarpment to the South Pacific Ocean, then onto Marley Beach. The track will then take you to Curracurrang Cove where middens and rock shelters provide evidence that Dharawal aboriginal people lived in area up to 7500 years ago. The walking trail then continues past Eagles Rock Lookout and onto the Marley Beach.

From Garie Beach the track goes past Burning Palms Beach and onto Figure Eight Pools where a number of circular sinkholes in the sandstone have joined over time to form a figure ‘8’ shape pool (sometime in accessible due to tides). The track then passes The Squeeze Way, a narrow track termed the Palm Jungle and the Otford Lookout through to the pickup point near Otford.

A stop off at the old Helensburgh station glow worm tunnels will be completed prior to arrival at the accommodation.

It is not often that a bush walk is started from a narrow railway platform, however, the Wodi-Wodi track, which is named after the aboriginal people who lived on the Illawarra coast line, does just that. This track traverses the Stanwell Creek valley through blackbutt forests, rainforest gullies, the escarpment, beaches, village back streets and close to an eight-arch railway viaduct which is an engineering landmark. The Wodi-Wodi track that continues into the Illawarra Escarpment trail which has a number of picturesque lookout, prior to arriving at the beautiful Sublime Point lookout.

Full transport to and from all these locations will be provided.

Illawarra region: Just two hours west of Sydney, the Illawarra region is arguably the most accessible World Heritage-listed wilderness areas in Australia. The best way to discover the wonder of the Blue Mountains is on foot. Marvel at the one million hectares of tall forests, sandstone cliffs, canyons, caves, walking tracks and waterfalls that make up the magnificent Blue Mountains. With a blue horizon of eucalyptus trees that appear to stretch on forever, expect to be enchanted by the natural beauty of the Blue Mountains World Heritage Area.

The Illawarra offers so many things to see and do. Enjoy some of the World’s most spectacular bushwalks, featuring amazing views and waterfalls. Learn more about Illawarra escarpment, Minnamurra Rainforest, Mt Kiera Lookout and the Kiama Blowhole, a famous landmark of the region. Or experience the many local galleries, restaurants, antique shops, cafes, gardens, markets…

Other Activities at Additional Charges:

A cooked or continental breakfast is provided each morning.

You’ll be given a packed lunch to take walking. It can vary from day to day, but includes fresh sandwiches or wraps.

2 course meals with no alcohol. You’ll dine at some leading restaurants in the Illawarra. 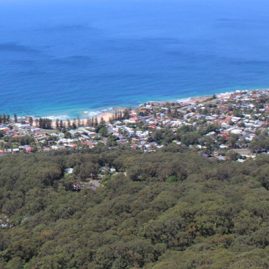 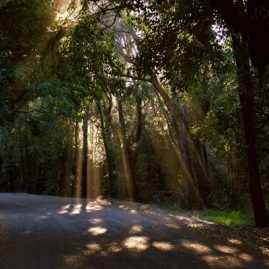 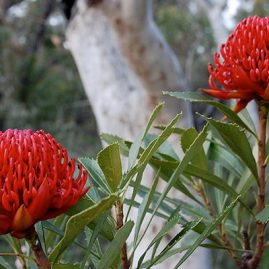 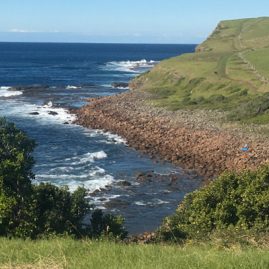 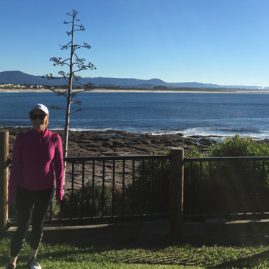